I was taking pictures at my company Christmas party with the speed light on camera with low lighting and my flash was not going off continuously like I thought it would. (It would take a shot and Fire then the next shot was blank not firing.)

I was in continuous shooting mode and I was missing some shots because the recycle time was not fast enough. Do I need a battery pack plugged in for this kind of shoot?

Christina has correctly identified the problem, which is that the flash can’t recycle fast enough.

The amount of time it takes for the flash to draw the power into the capacitors is called the recycle time.

Now, why is it a range of time instead of a single time? Because the amount of charge needed depends on what power the flash is set to.

For an average flash firing at full (1/1) power, the recycle time is 3 full seconds.

For an average flash firing at the lowest power setting (1/128), the recycle time is .1 seconds.

Knowing the recycle time for your flash is the first step to working around it so you don’t miss any shots, and there are a number of ways you can work around the recycle time.

The first is just knowing the recycle time and shooting on pace with your camera. Shooting in continuous/burst mode with flash isn’t really the best way to go about this because the camera is going as fast as it can, and unless you’re working with a very powerful flash, the flash just won’t be able to keep up.

Instead, I’d recommend not shooting in burst mode, and instead pacing your shots, anticipating the action you want to capture and shooting for that action while keeping the flash recycle time in mind.

However, sometimes you just have to shoot fast with flash, and if you do, there are several ways you can improve the recycle time.

Christina mentioned one option in her question, which is to use an external battery pack. Adding more power resources to the flash can speed up your recycle time. How much it improves will depend on the battery pack, and on the batteries inside of it. 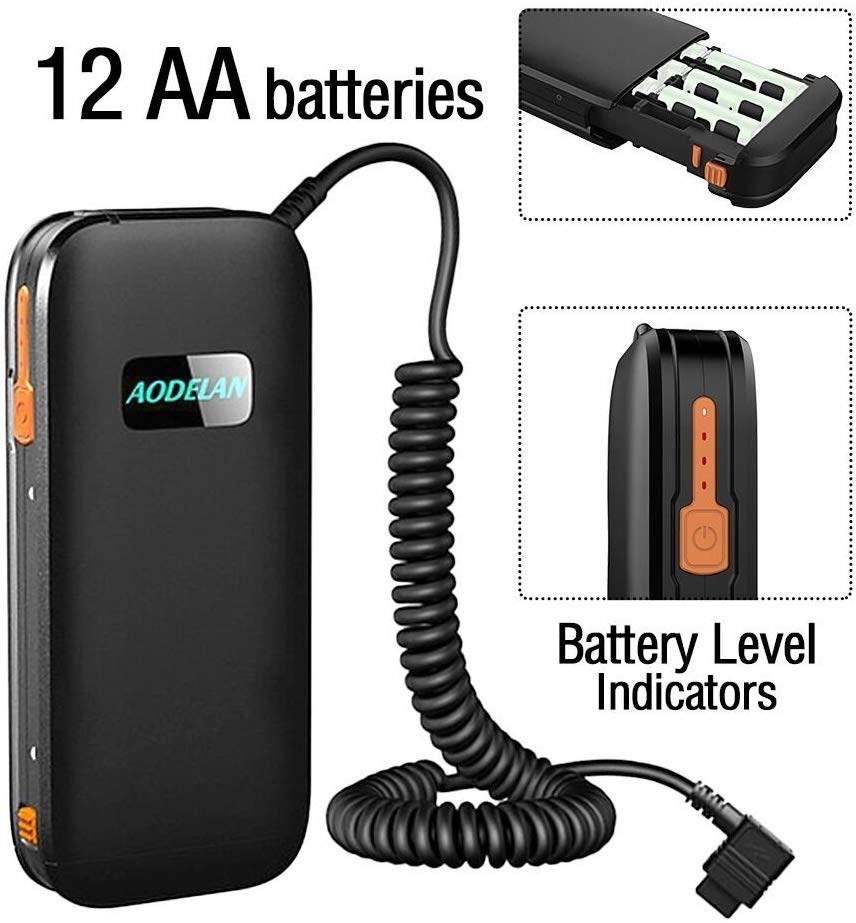 If your flash uses AA batteries (which most speedlights do), the best batteries to use are the Panasonic ENLOOP 2000mAh rechargeables. I recommend using these batteries whether or not you’re using a battery pack with your speedlight.

Another important point is that in order to get improved recycle time with a battery pack, it has to connect to a high voltage power port on the flash. You do not want a battery pack that connects to the flash via an adapter that takes the place of your AA batteries.

If you can’t, or don’t want to use a battery pack, or if your flash doesn’t have a high voltage port, you can still improve your recycle time by working with your camera settings.

Remember, the average recycle time of a speedlight at the lowest power (1/128) was .1 seconds, which would work really well with burst mode.

An example of one of these Lithium Ion powered flashes is the Godox V850II Speedlight, which sells on Amazon for $139. It’s about twice as much as a similar speedlight running on AA batteries, but the improvements in recycle time and battery capacity justify the price (if that’s what you want and need).

If you have any questions about flash, recycle times or anything else photography related, leave a comment and let me know…

…and then get out there and take some damn photos! 🙂