I’ve been thinking about writing this for months, and until today I just couldn’t bring myself to do it. There are a number of reasons behind that, but the biggest has been the anger and apathy that I’ve been struggling with over the past year or so.

What am I angry about? Kinda everything. When you boil it down, it’s the capacity we have as humans to be so cruel and hurtful to one another.

For most of my life I’ve believed in the idea that the only thing you can control in life is your own actions. I still believe that, but for the past couple of years I’ve felt like my actions are pretty meaningless.

As a consequence of feeling like the things I do don’t mean much, I’ve felt both angry, and apathetic.

I’ve always loved teaching, and I’ve always believed that through teaching I could accomplish two things. I could make the world a better place through my actions, and I could earn enough money for me and my wife to live our lives happy and comfortable.

After creating videos, courses, and emails for a decade (2009ish to 2019), those things didn’t prove to be true for me. Specifically the part about earning enough.

(Before I continue, I’m not going to be asking you for money or to purchase anything anywhere in this email. This also isn’t some kind of attempt to guilt you for not spending/supporting me more.)

At the end of 2019 I quit making videos and got a full time job. I continued to email for awhile, because I felt like I could maybe make something of that, but I also ended up abandoning that.

The fact of the matter is that when I quit this I was totally burnt out. For years I had been putting in 80-100 hours a week working making videos, writing emails, trying to bring my earnings up, trying to improve the performance of my videos on YouTube, trying to figure out what courses to make, trying to make those courses, and on, and on.

After I quit, I was so relieved. What I love about just working a job over running a business is that I don’t have to carry my job with me 24 hours a day, 365 days a year.

As anyone who’s ever owned a business knows, your business is ALWAYS on your mind. No matter what you’re doing, where you are, or who you’re with, in the back of your mind is this presence. That presence is the business and all of the stress, worry, and anxiety that comes with it.

I don’t know that I’ll ever go back to making photography videos or writing tutorial emails. I think about it occasionally, and when I do, the stress and anxiety is right there waiting for me.

I also feel like I don’t have anything to say that anyone wanted to hear. As I grew as a photographer I tried to evolve my videos, and those videos just failed miserably. Every video failure represented countless hours of ultimately wasted effort on my part. Every failure also represented lost income as my channel faltered, my viewership dropped, my ad revenue dropped, and my sales dropped.

(Again, as someone who has watched my videos, purchased my courses, and been part of this list, I lay none of this at your feet.)

At any rate, I quit all that because I was miserable and not making nearly enough money being that miserable.

I still love photography. I still love teaching. I’m still really angry. I still feel overwhelmed by apathy to the point that most days I don’t want to do much of anything at all.

I’ve also been making strides to deal with my anger and apathy. I’ve done a few photoshoots this year, and that helped a little, but not enough.

Whatever you feel about Facebook and Instagram, one of the things I’ve become deeply uncomfortable with is the enormous amount of information Facebook collects about people.

In addition to the privacy implications, Facebook has been a clear problem in spreading disinformation, in polarizing us against one another in politics and COVID, literally enabling genocide, and who the fuck knows what other horrible shit.

Bottom line is that I can’t bring myself to use social media anymore, and it’s not just Facebook. I’ve also de-googled my life as much as I can (owning a YouTube channel makes it impossible to get rid of google completely, even if I am not active on my channel), mostly I’ve just opted out of participating in the social web.

My life is better having left social media, but social media was also the primary vehicle I used to share my photography.

While I did sometimes share my photography my videos and posts, it was always shared in part with some kind of tutorial or educational purpose.

All of this is a long way of saying that I’ve been trying to figure out what the fuck to do with myself, and to get up the energy to actually do it.

What’s finally helped is a combination of things. I’ve gotten into fashion. Dressing nicely (even if I’m not going anywhere, thanks COVID), helps me feel better in general, which lessens my anger and apathy.

When I started working at dressing nicely, I started taking photos of myself in my outfits. At first just with my phone, but at the beginning of December, I decided I wanted to apply myself to it a bit more by setting up my studio so I could walk in and take a proper outfit photo anytime.

Doing this 3-4 times a week has given me more motivation, has made me less angry and apathetic, and has given me some stuff that I want to share.

Since I’m not sharing on social media, I decided I’m going to try sharing via email list and here on my website.

I have no idea what that’s going to look like in the end. In some cases I may break down the technical aspects of the image for educational purposes, I may just share a photo, I may write about my feelings and motivations behind creating an image. I may write about the clothes I wore and why they make me feel good, I may write about something else entirely.

In the end, I want to share and participate and connect with you through our love of photography, and hopefully in doing so make the world a little bit of a better place.

And if you’re not interested in any of this, it may be best for you to unsubscribe from me, wherever you may be subscribed.

I’m going to leave you with the photo that sums up 2021 for me. It’s an expression of my anger and apathy, created a little over a month ago with my friends Cecilia Aus Dem Bruch (modeling with me), and Kimberly Mozuch (principal photography). 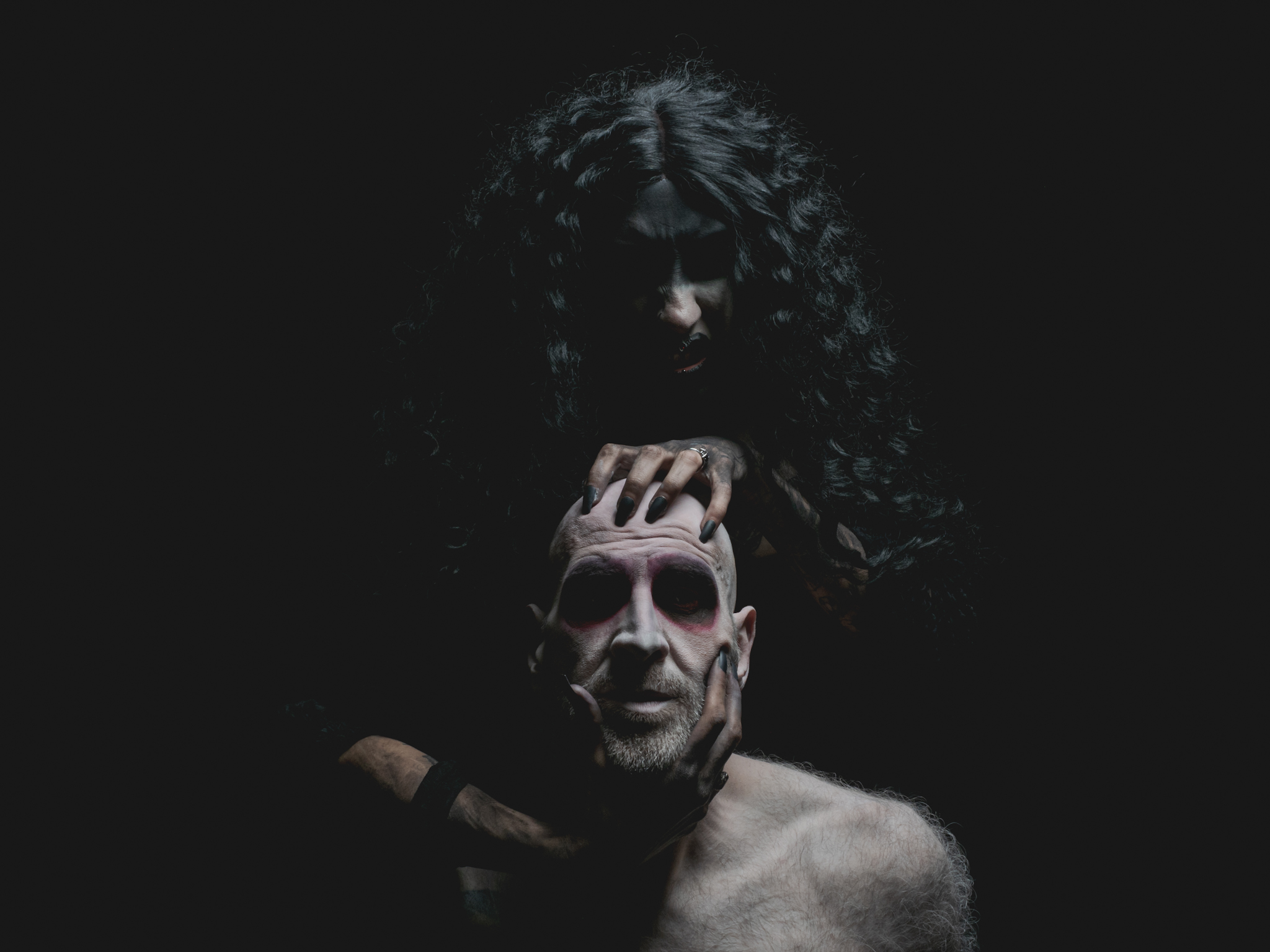